This sample demonstrates how to use the Launcher Shortcuts API introduced in Android 7.1 (API 25). This API allows an application to define a set of Intents which are displayed as when a user long-presses on the app's launcher icon. Examples are given for registering both links both statically in XML, as well as dynamically at runtime.

You can use the shortcuts feature in Android 7.1 (API 25) to bring users from the launcher directly to key actions within your app. Users simply long-press your app's launcher icon to reveal the app's shortcuts, then tap on a shortcut to jump to the associated action. These shortcuts are a great way to engage users, and they let you surface the functionality of your app even before users launch your app.

Each shortcut references an intent, each of which launches a specific action or task, and you can create a shortcut for any action that you can express as an intent. For example, you can create intents for sending a new text message, making a reservation, playing a video, continuing a game, loading a map location, and much more.

You can create shortcuts for your app statically by adding them to a resource file in the APK, or you can add them dynamically at runtime. Static shortcuts are ideal for common actions, and dynamic shortcuts let you highlight actions based on users' preferences, behavior, location, and so on. This sample demonstrates both types of shortcuts.

You can offer up to five shortcuts in each of your apps.

This sample uses the Gradle build system. To build this project, use the "gradlew build" command or use "Import Project" in Android Studio.

If you've found an error in this sample, please file an issue: https://github.com/googlesamples/android-AppShortcuts

Patches are encouraged, and may be submitted by forking this project and submitting a pull request through GitHub. Please see CONTRIBUTING.md for more details.

Licensed to the Apache Software Foundation (ASF) under one or more contributor license agreements. See the NOTICE file distributed with this work for additional information regarding copyright ownership. The ASF licenses this file to you under the Apache License, Version 2.0 (the "License"); you may not use this file except in compliance with the License. You may obtain a copy of the License at 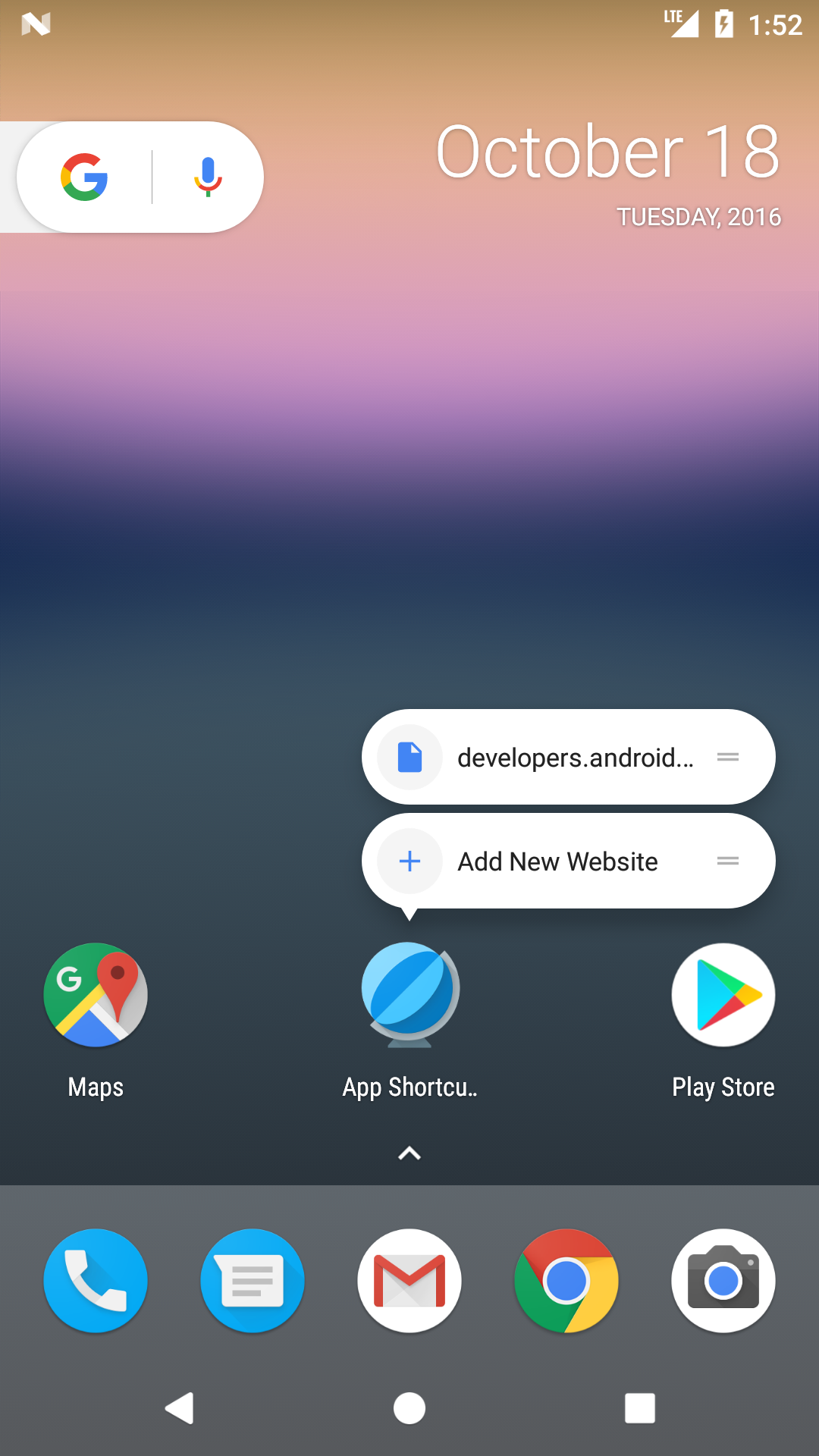